After the initial public meeting, the Design Team worked to develop four alternative alignments for the trail. The City directed the consultant to design the trail alignment to retain as many trees as possible. 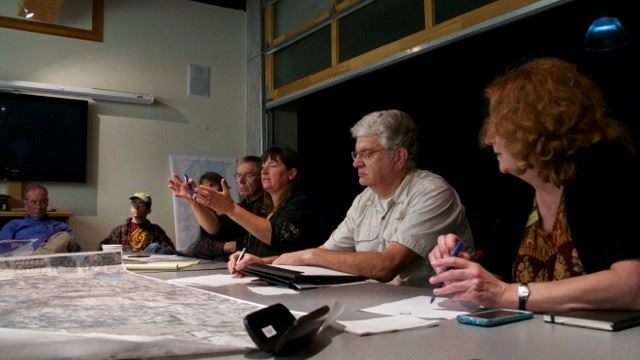 In October of 2014 the City invited members of the public to join City staff for a walk along SR 305 to understand the vision and potential implications of the trail project. Approximately 50 members of the community, including members of the press, joined the City for the walking event.

The City Council was presented with the results of these outreach efforts at a meeting on November 18, 2014 and approved the Preferred Option to move forward.