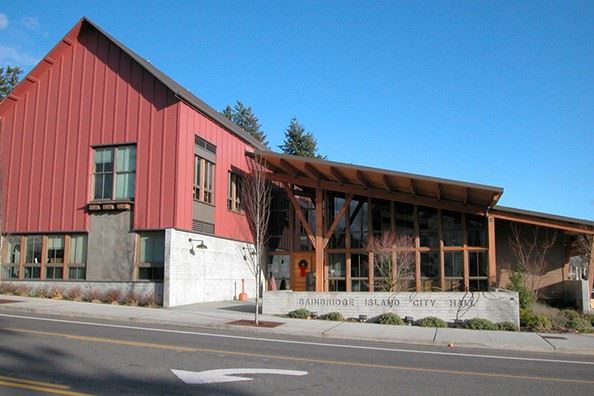 The city began with the incorporation of the town of Winslow in 1947. In 1991, the city annexed the remainder of the island, establishing the City of Bainbridge Island. The annexation allowed the city government to take full responsibility for providing dedicated services to the entire island.

The city manager reports to and is appointed by the City Council. The City Council's seven members are elected in non-partisan elections for four-year staggered terms. The Bainbridge Island City government provides services in the areas of Public Works, Planning and Community Development, Finance, Municipal Court, and Police.

Preserve and enhance the special character of the Island through stewardship and response to the community’s needs by conducting transparent operations, implementing responsible public policy, and fostering community engagement.

The City will work towards this vision by accomplishing results in the following areas:

The City of Bainbridge Island encourages active participation by its residents in shaping policies which reflect the community’s needs and values. Citizen volunteers participate in commissions and committees which advise City Council in a variety of areas, ranging from our Comprehensive Plan, to forestry issues and the development of non-motorized transportation alternatives. Together, we create the community which we enjoy today, and which we shape for future generations.