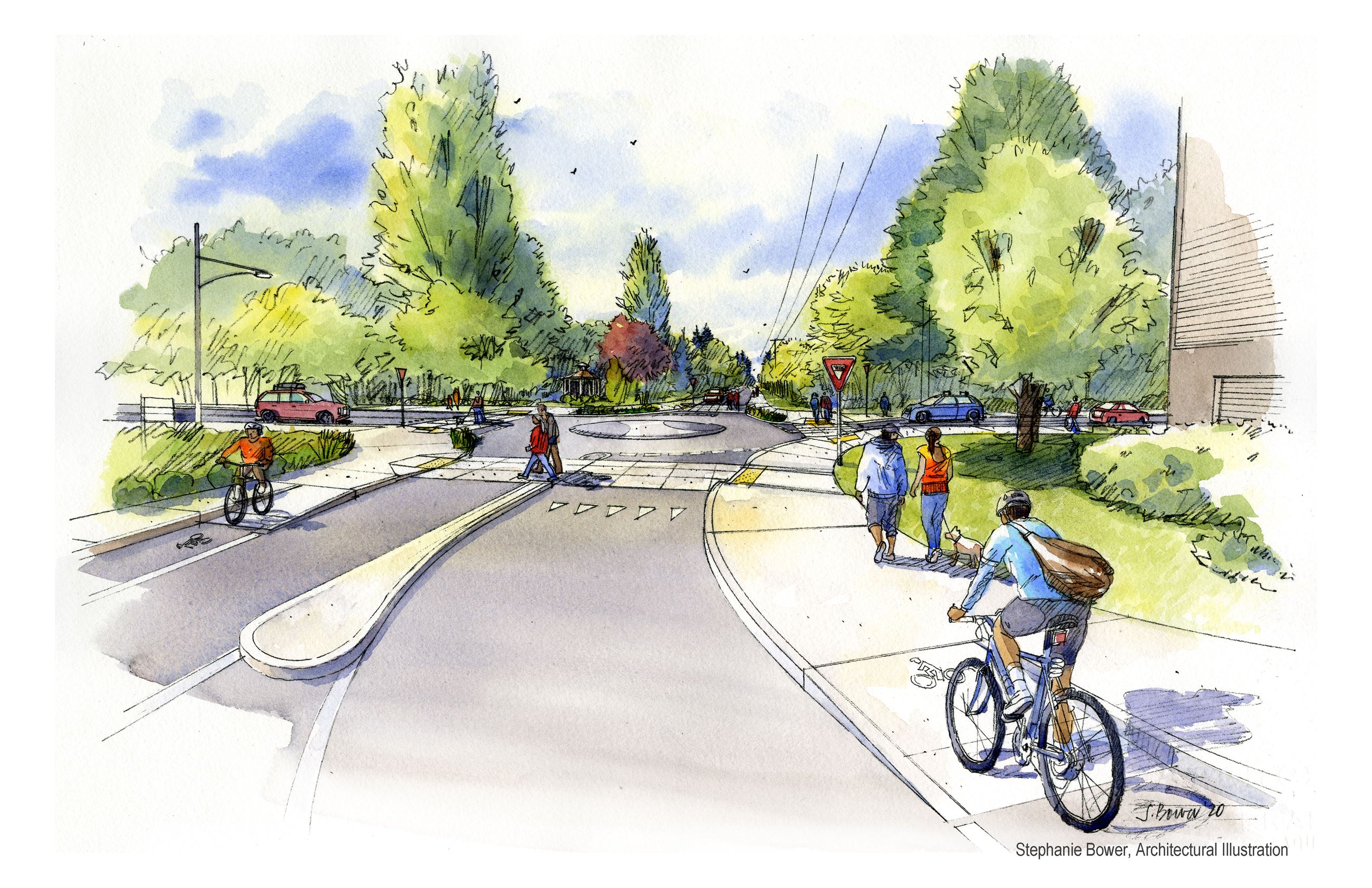 In response to feedback from the community, the City has created an online engagement page to inform residents about the mini roundabout at Wyatt Way and Madison Avenue.

On June 15, Public Works Director Chris Wierzbicki provided to the City Council an overview of the project and the next steps for addressing safety. Watch the presentation in the video below (scroll to 1:59:25). 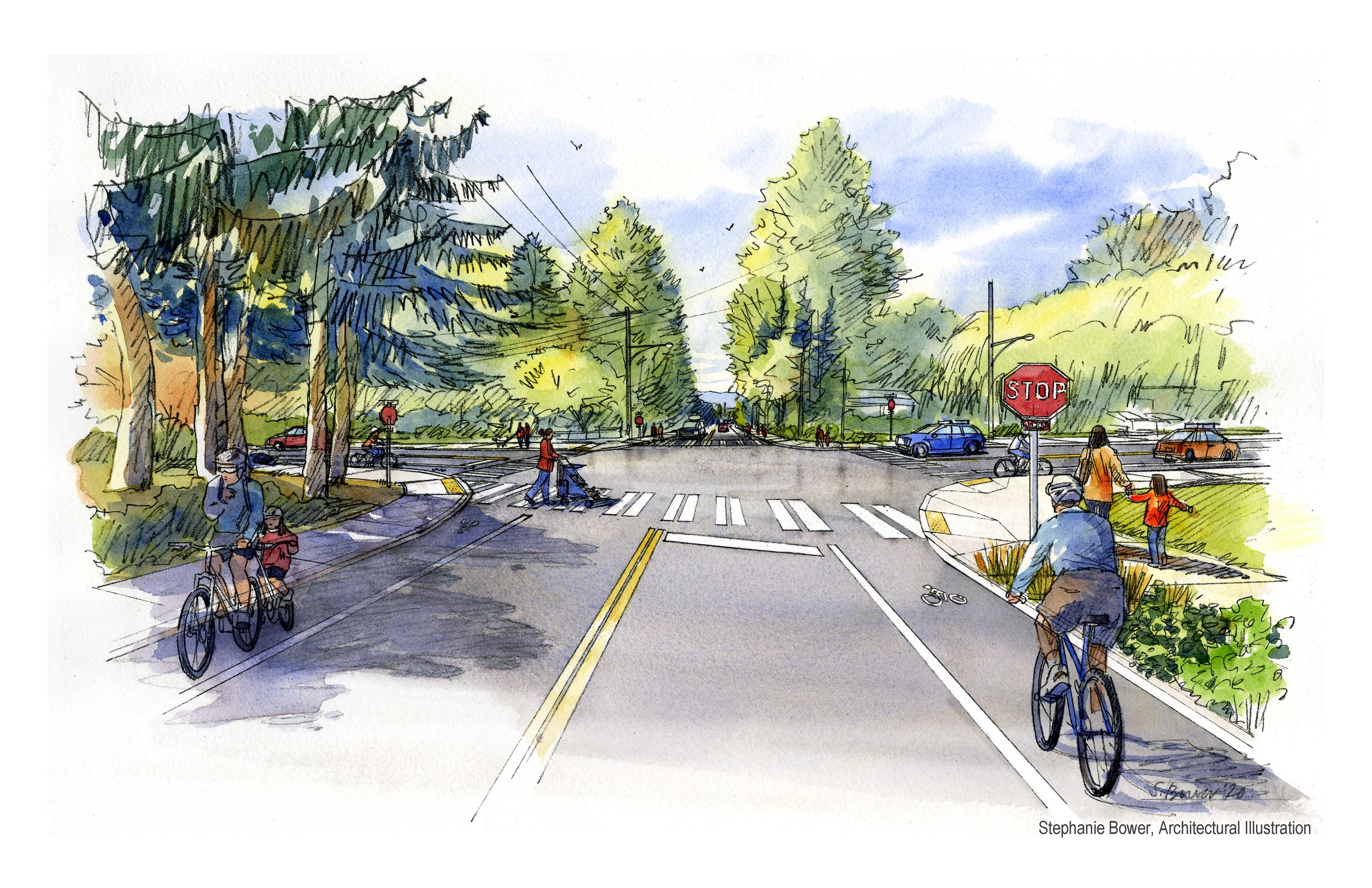 Key features of improvements along Wyatt Way, between Madison Avenue and Lovell Avenue, include:

A roundabout was proposed at the Wyatt-Madison intersection to improve traffic flow by creating more consistency in vehicle movements through the intersection. In addition, pedestrian crossings will be made safer by shortening the crosswalk distance and reducing points of conflict between people and cars. See diagram below: 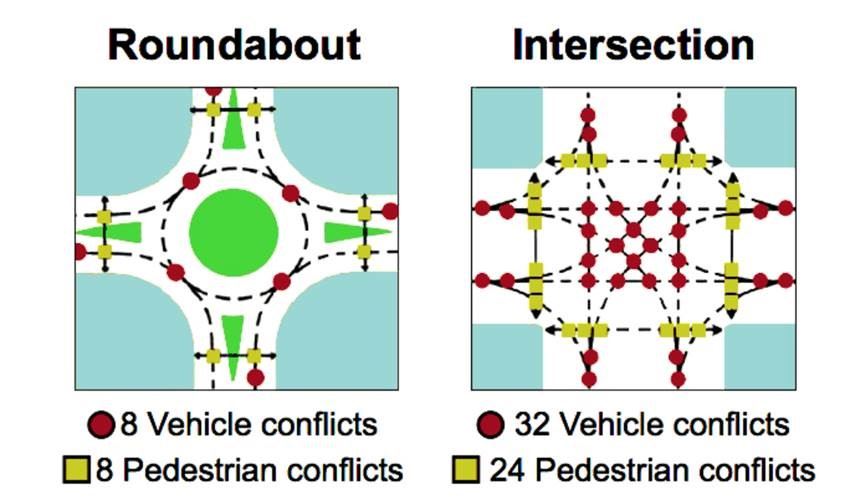 One of the most distinct differences between the Wyatt Way-Madison Avenue roundabout and other roundabouts, including the one at High School Road, is the size. The “mini roundabout” at the Wyatt-Madison intersection functions the same, but it’s smaller due to limited space and to preserve large trees in the area. A mini roundabout is appropriate for addressing small- to medium-size traffic volumes. 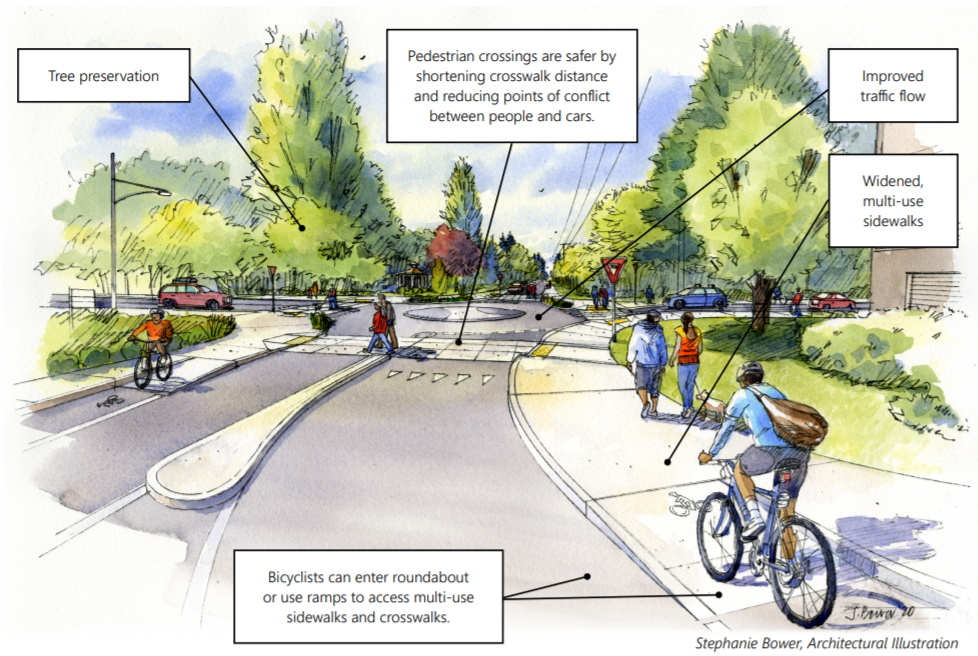 How to use the “mini roundabout"

At the August 27, 2019 City Council meeting, two items were approved to move forward to the September 10, 2019 meeting.  One item is for right-of-way acquisition services and the other is to purchase easements or right-of-way necessary for the Wyatt/Madison Avenue Roundabout project.

At the June 14, 2016 City Council meeting, staff and design consultant presented (PDF) the preferred design alternative to City Council and public for approval.

Construction is estimated to be completed in March 2021.

Title VI:  The City of Bainbridge Island fully complies with Title VI of the Civil Rights Act of 1964 and related statues in all programs and activities.  Language services are available upon request. Those requiring disability accommodations and/or materials made available in alternate formats, please contact the City Clerk at 206.842.2545 or by email.

Please encourage your
neighbors and fellow
commuters to sign up for
project notifications via
"Notify Me" to receive
project updates.