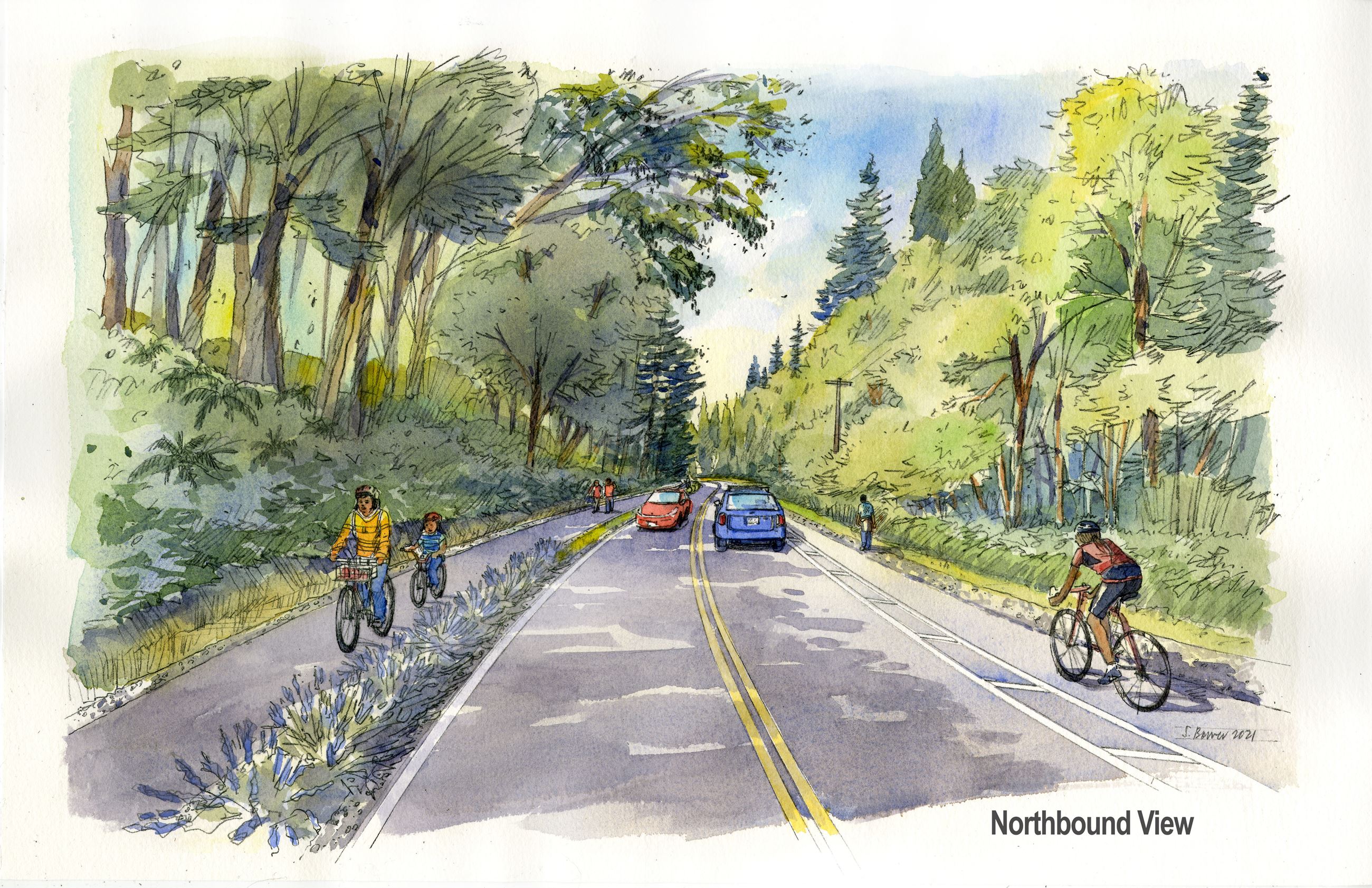 Roughly one mile of Eagle Harbor Drive, running north from McDonald Avenue to the shoreline segment of the road, will soon be safer for pedestrians, bicyclists and drivers. The project, known as the Eagle Harbor Drive Phase II Non-Motorized Improvements project, has been on the City’s non-motorized project list for two decades. The City’s contractor will widen shoulders and create a 5-foot-wide bike lane along the northbound segment of the road.  On the southbound, uphill stretch of the road, the 5-foot-wide bike lane will be separated from traffic by a vegetation buffer and double striping at mailboxes.

In June 2020, the City Council authorized the Public Works Department to develop a design for the project after staff secured $700,000 from a federal grant fund contingency list. The total cost of the project, which was awarded to a contractor in March of this year, is expected to be within the range of the federal grant, which will be matched with approximately 13% of City funds. Contingency funds the City received come with the stipulation that projects must be ready for granting agency review within weeks of being awarded. To streamline matters, the City kept the design process in-house and designed the project to fit within existing public rights of way.

The City Council requested last summer that bike lanes in both directions be separated from vehicle traffic by vegetation buffers. However, with the time constraints, the staff could not provide a full evaluation of whether that project could fit within the Stephanie Bower, Architectural Illustration existing public rights of way, so the finished design will implement vegetation buffers on one side of the road only. Per the Council’s direction, the staff will be exploring whether a short northbound segment could be separated at the tight curve near the McDonald Avenue intersection through a contract change order.

The City of Bainbridge Island fully complies with Title VI of the Civil Rights Act of 1964 and related statues in all programs and activities.  Language services are available upon request. Those requiring disability accommodations and/or materials made available in alternate formats, please contact the City Clerk at 206.842.2545 or or cityclerk@bainbridgewa.gov.